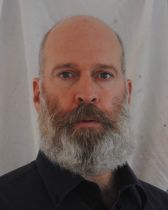 Will West (Ph.D., University of Michigan) studies, teaches, and thinks about early modern drama, poetry, and prose, mostly. He has taught undergraduate courses on Shakespeare’s “theater of others”; on taking comedy seriously; speculative fictions of the Renaissance and postmillennial systems fictions; poetics and aesthetics from Aristotle to Kant; the story collection from ancient India to modern England; and other topics.

West is the author of Common Understandings, Poetic Confusions: Playhouses and Playgoers in Elizabethan England (U of Chicago P, 2021), As If: Essays in As You Like It (punctum, 2016), and Theatres and Encyclopedias in Early Modern Europe (Cambridge UP, 2003). He has recently written articles or book chapters on theater and speculation; secularity and early modern performance; Aby Warburg and the telling detail; Spenser, Ruskin, and times out of joint; and the life cycles of early modern players across Europe. In addition he has co-edited (with Helen Higbee) Robert Weimann’s book Author’s Pen and Actor’s Voice: Writing and Playing in Shakespeare’s Theatre (Cambridge UP, 2000) and (with Bryan Reynolds) a collection of essays honoring Weimann, Rematerializing Shakespeare: Authority and Representation on the Early Modern Stage (Palgrave, 2005).

In 2007 West was awarded a place on the ASG Faculty Honor Roll. In 2012-13 he was a National Endowment for the Humanities Fellow at the Huntington Library, in 2015 an Invited Professor at the École Normale Superieure-Lyon, and in 2018-19 a Visiting Scholar at the American Academy in Rome and the Fondazione Cini in Venice.  In 2016 he presented the Dan S. Collins Lecture at the Massachusetts Center for Renaissance Studies.  In 2022 Common Understandings, Poetic Confusions was awarded the Joe A. Callaway Prize for Best Book on Drama and Theatre by New York University.  West has been a Trustee of the Shakespeare Association of America and chair of the Department of Classics at Northwestern.

With Jeffrey Masten, West is co-editor of the journal Renaissance Drama . He is currently working on a project exploring some afterlives of the idea of the Renaissance, and how scholars and thinkers of subsequent periods have identified and disidentified with it in their own cultural projects.