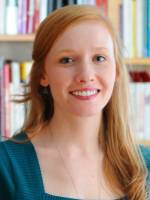 Laura Biagi graduated from Northwestern in 2009 with a B.A. in the English Major in Creative Writing and Anthropology. Since graduating, she has worked as a Literary Agent at the Jean V. Naggar Literary Agency, Inc., in New York City, where she seeks out talented authors and helps them hone their manuscripts editorially before selling their books to publishing houses. She represents authors of adult literary fiction and nonfiction as well as YA, middle grade, and picture books. She spends her time evaluating manuscripts, providing editorial feedback, crafting pitch letters, matchmaking authors and editors, negotiating deals, and strategizing how best to guide her authors’ careers. She also handles the sale of UK and Australian rights as well as audio rights for the agency as a whole. Her Northwestern creative workshops, where she honed her editorial skills, were instrumental in setting her down a career path in publishing. Advice: If you’re interested in publishing, first pursue a summer internship while you’re still in college as it can be very hard to break into the industry without one. Also, make sure you’re absolutely dedicated to the industry as it’s notoriously a lot of work before you see a salary pay-off. But if books are what you’re passionate about and you don’t mind spending a lot of time outside work reading and editing, it can be a wonderful field to be in. 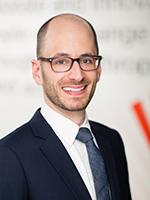 Andy Brommel graduated in 2004 with a degree in Performance Studies and English and a vague notion of doing something writerly, professorial or nonprofit-ish. He spent a couple years working at Northwestern’s Office of Fellowships, in the course of which it became clear that he had no business going to graduate school. Thanks largely to some NU friends, he then found a great entry-level job as a writer for Campbell & Company, a national consulting firm that serves the nonprofit sector. Ten years later, he leads the firm's communications practice and manages a team of writers and designers. Together, they work with nonprofit organizations to define their visions, craft their messages and tell their stories. 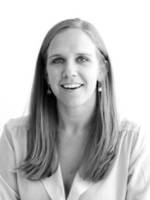 Kallie Culbertson graduated from Northwestern in 2014 with a B.A. in Creative Writing and Psychology. She currently works as an Associate at Golin, a Public Relations firm, where she specializes in healthcare and pharmaceutical account management. She began her career at McDonald’s Corporation, where she worked as the Management Communications Intern. During her time at Northwestern, Kallie served as the President of GreekBuild and the Vice President of Programming for the Panhellenic Association. She also worked at Glantz Design here in Evanston as a content strategist for websites, blogs, social media and marketing campaigns. 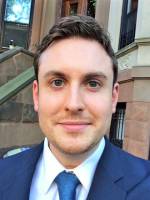 Nicholas Lalla is a consultant at Deloitte, where he advises clients across sectors on urban management challenges. His clients have included a marquee Silicon Valley company’s start-up, a national security agency, and the U.S. Department of Housing and Urban Development. Before joining Deloitte, he was the analyst to the CEO and CCO at the Urban Land Institute. A native of New Orleans, Nicholas completed his undergraduate studies at Northwestern University, with honors in English, and was awarded a Sage Fellowship to Cornell University, where he earned a master’s degree in African American Studies. His graduate research focused on post-Katrina New Orleans revitalization. As a management consultant, Nicholas works in interdisciplinary teams and regularly draws upon his humanities training. Julia Stern’s course on William Faulkner and Katy Breen’s honors seminar, among other indelible memories, gave Nicholas marketable and transferrable skills. Even at a top consulting firm, strong writing skills are a rare commodity. Being able to analyze disparate texts, understand complex characters, weave together multiple storylines, and articulate a compelling narrative, will set you apart from your peers and will enable you to succeed wherever you go after Northwestern. 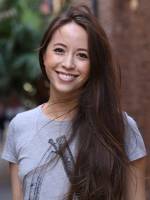 Angela Mears (WCAS, Writing, '10) leads the Strategy and Creative teams in the San Francisco office of Weber Shandwick, a global marketing agency. Angela never considered a career in advertising or marketing — and didn't think all that much about what she'd do when she graduated from writing workshops to the real world. She considered entertainment, working as a P.A. on The Simpsons one summer and writing script coverage for New Line Cinema for another. When the reality of working at a Hollywood studio proved less than enticing, she regrouped, spending six months at home with her parents. Then, thanks to a feature in Northwestern magazine's annual "Seniors to Watch" feature, she received an email from the president of Weber Shandwick's Chicago office, Susan Howe (also a Wildcat), who offered her an internship. The rest, as they say, is history. Today, based in San Francisco, she heads up a team of writers, art directors and videographers specializing in branding and creative campaigns. Her clients have included Unilever, Eli Lilly, Vmware, McCormick, Nestlé and the Milk Processors Education Program (got milk?) among others. Her favorite thing about her job is pitching new business. In 2015, Angela and her partner Margaux Pepper (WCAS '14) won the U.S. competition for the Cannes Young Lions in PR, and went on to place in the top 5 globally at the Cannes International Festival of Creativity. She still occasionally writes for her blog, The Spinning Plate, which won her a place in Northwestern magazine and which, through a few strokes of luck, has been responsible for a number of career-defining opportunities. 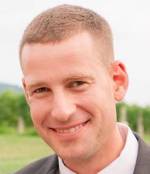 Devon Pratt is currently a Captain in the United States Marine Corps. He graduated from Northwestern University in 2010 and commissioned as a Second Lieutenant in 2011. Following college, he returned to his home state of California to obtain his law degree and now serves as a Judge Advocate at Camp Pendleton, California. His duties include providing legal assistance to deploying Marines, other service members, retirees, and military families on issues such as consumer law, landlord-tenant law, estate planning, and family law. In the past, he has been assigned to a Marine Corps prosecution team at Camp Pendleton and to Headquarters, Marine Corps, in Washington, D.C. He enjoys and values the leadership opportunities of being in the Marine Corps. He credits his English Literature major with an education in critical analysis, creative thinking, and communicating with others. The military and legal professions require the ability to think on your feet, much like what is required in an English seminar discussion. The professions also require planning for the long-run future, much like what is required when drafting a thesis submission. From considering the historical context of an entire epic to unpacking a sonnet’s single word, the major trains students to appreciate, evaluate, and articulate complicated ideas. It provides an opportunity to learn from peers, talk through complex arguments, defend intellectual positions, and correct error. These are all life-long skills that serve well in the military and law professions. 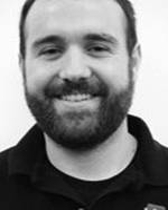 Sean Quadlin is a Product Marketing Manager at Google.  He works on the Best Practices team, focusing on AdWords core performance.  In this role he creates guides, videos and presentations that help advertisers use AdWords to the best of their abilities.  Prior to Google Sean was a senior account manager at Hanapin Marketing where he managed the popular industry blog PPC Hero.  Sean graduated from Northwestern in 2008 with a degree in English, creative writing. 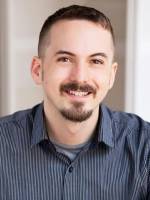 Anthony Rella graduated Northwestern in 2004 with a Bachelor of Arts in Creative Writing and Fiction, minor in Gender Studies. After working for some years as a content editor and writer, he returned to school to get his Master of Arts in Clinical Mental Health Counseling from Antioch University Seattle. The skills he learned as an English major in critical thinking and writing contributed to his success in his graduate work. In his clinical practice, he draws upon the skills of listening critically (yet compassionately) to others' stories, exploring symbolism and themes, and opening new layers of depth and meaning. All of this supports clients in creating more liberating stories about their lives. He currently works full-time as a mental health therapist for Seattle Counseling Service, which has specialized in serving the LGBTQ community in Seattle since 1969. His undergraduate coursework in Gender Studies has been highly relevant and allowed him to become accredited as a Sexual Minority Consultant, providing clinical consultation for other professionals in King County working with LGBTQ people. 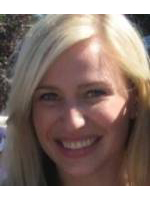 Sarah Ryan graduated from WCAS in 2008 with an English major and Art History minor, and she is currently the editor-in-chief of Modern Luxury Brides Chicago and North Shore, and the deputy editor of CS. Ryan began her career as a production editor at Sourcebooks, a mid-size independent publisher based in Naperville, where she managed the copyediting and proofreading process for upwards of 45 fiction and romance novels per season. She then served as an associate editor and editor at Krames Staywell in Evanston, a custom publisher that creates consumer-friendly magazines, editorial content, and marketing materials for healthcare clients. In August 2014, she transitioned to Modern Luxury, where she served as deputy editor of CS and Men's Book Chicago prior to her (very recent!) promotion 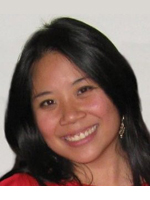 Melanie Wang is a longtime Wildcat and has both undergraduate and graduate degrees from Northwestern. Melanie earned a joint bachelor’s degree in English and Gender Studies with honors at the Weinberg College of Arts and Sciences. She later earned a joint master's degree in Public Policy and Public Administration from Northwestern’s School of Professional Studies, where she served as the President of the SPS Student Advisory Board. Melanie’s passion for community organizations and skill in communications has fueled her career in the emerging field of corporate social responsibility (CSR). After several years as a nonprofit development professional at the Chicago History Museum, Melanie joined Allstate to oversee its charitable sponsorships and administer corporate grant-making for the company’s local philanthropy program. Now in her role as Senior Associate, Community Engagement, Melanie oversees executive volunteerism initiatives - including the Allstate Officer Nonprofit Board Program and the company’s skills-based volunteering program, Allstate Fellows. 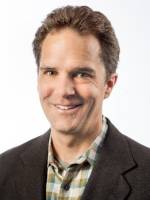 For over thirty years, Brad Werntz has been exclusively employed in the outdoor industry: As a guide and outfitter, a writer and speaker, as specialty retail staff and management, a marketer, and entrepreneur. For twenty-two years PEMBAserves – the sales agency that Brad founded – represented high-end brands to the outdoor industry’s most respected and influential retailers. Brad also founded Boulders Climbing Gym in Madison, Wisconsin and has been its managing member since 1996. Brad is an early-adopter and an innovator who has consistently asked and answered the question: “How is this going to end up?” To Brad, this question is as much about predicting an outcome as it is about influencing it. Brad is very active in the Outdoor Industry Association, and is currently on its Recreational Advisory Council. Brad has served on other environmental, and outdoor industry boards. Brad is the founder and board president of the Wisconsin Business Alliance. Brad lives on the bike path in downtown Madison, Wisconsin with his wife Vera, and their kids Emma, Misa, and John-Pio.