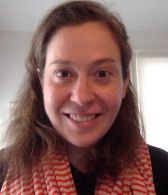 Kasey Evans (Ph.D. University of California, Berkeley) specializes in Renaissance literature. She offers courses in the English Department on the English literary canon 1400–1800; the poetry and prose of Edmund Spenser; race and racism in the Renaissance; and theories of virtue and vice in Renaissance texts. She also teaches and serves in the Gender Studies Program, the Program in Comparative Literary Studies, and the Kaplan Humanities Scholars Program. In 2010, she was awarded the Weinberg College of Arts and Sciences Distinguished Teaching Award.

Her book Colonial Virtue: The Mobility of Temperance in Renaissance England (University of Toronto Press, 2012) argues that English writers of the sixteenth and seventeenth centuries used temperance as a lens to focus their vision of European colonialism in the New World. Colonial Virtue thus examines both the rhetorical and the geographical mobility of this virtue as it migrated from the discourses of classical and humanistic Europe into the political and economic vocabularies of the nascent British empire—and from England across the Atlantic to the New World. Accumulating additional resonances and connotations during its travels across new discursive and geographical territory, temperance evolved into a semantically capacious and paradoxical term during the English Renaissance, one in whose name ideologues of almost any stripe could and did advocate particular courses of colonial ambition and action.

Her current project, Renaissance Resurrections: Making the Dead Speak in Reformation Texts, considers how grief and mourning are translated into new literary forms after the Protestant Reformation. Denied access to a number of doctrines and practices immanent in Catholic rituals of grief and mourning—including the existence of Purgatory, the redemptive potential of good works, and the intercession of the living on behalf of the dead—English writers sought new discourses in which to theorize, experience, and manage death. Renaissance Resurrections analyzes textual responses to the doctrinal and political changes of the Reformation, arguing that the affective, psychic, and cultural energies formerly invested in orthodox forms of Catholic worship migrate into other rhetorical arenas.

Colonial Virtue: The Mobility of Temperance in Renaissance England (University of Toronto Press, 2012)
Back to top