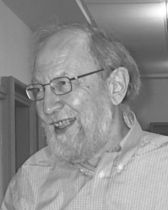 Lawrence Lipking (Ph.D. Cornell University), Chester D. Tripp Professor of Humanities, teaches and studies Eighteenth century literature, Romanticism, and poetry in many times and languages. He is the author of The Ordering of the Arts in Eighteenth-Century England (1970), The Life of the Poet: Beginning and Ending Poetic Careers(1981), which won the Christian Gauss Award, Abandoned Women and Poetic Tradition(1988), and Samuel Johnson: The Life of an Author (1998). An editor of the Norton Anthology of English Literature, he is a member of the American Academy of Arts and Sciences. In 1996 he won the MLA William Riley Parker prize for "The Genius of the Shore: Lycidas, Adamastor, and the Poetics of Nationalism." His current research project is a study of relations between imagination and science during the Scientific Revolution.

The Ordering of the Arts in Eighteenth-Century England (Princeton University Press, 2015)

Samuel Johnson: The Life of an Author (Harvard University Press, 1998)

The Life of the Poet: Beginning and Ending Poetic Careers (University of Chicago Press, 1984)
Back to top