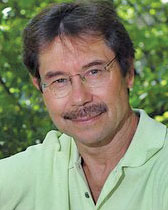 Stuart Dybek is the author of three books of fiction: I Sailed With Magellan, The Coast of Chicago, and Childhood and Other Neighborhoods. Both I Sailed With Magellan and The Coast of Chicago were New York Times Notable Books, and The Coast of Chicago was a One Book One Chicago selection. Dybek has also published two collections of poetry: Streets in Their Own Ink and Brass Knuckles. His fiction, poetry, and nonfiction have appeared in The New Yorker, Harper’s, The Atlantic, Poetry, Tin House, and many other magazines, and have been widely anthologized, including work in both Best American Fiction and Best American Poetry. Among Dybek’s numerous awards are a PEN/Malamud Prize “for distinguished achievement in the short story,” a Lannan Award, a Whiting Writers Award, an Award from the Academy of Arts and Letters, several O.Henry Prizes, and fellowships from the NEA and the Guggenheim Foundation. In 2007 Dybek was awarded the a John D. and Catherine T. MacArthur Foundation Fellowship.

The Start of Something: Selected Stories of Stuart Dybek  (Jonathan Cape/Vintage, 2016)

Childhood and Other Neighborhoods  (Viking, 1980)

Brass Knuckles (University of Pittsburgh Press, 1979)
Back to top